My husband and I finally took our wedding photos…. I know this sounds crazy .. but in China your wedding photos are taken in a studio like glamour shots…. you can be married for a year or more before you take them because it is an expensive and odd tradition that is now common in China.   Of course all of you  can’t wait to see what they look like….. me too… but I won’t be able to post the photos for another week at least … when I get the proofs, i will post them so you can see.   However, now I will tell you the long 5 hour process of getting the photos taken.

It started with two days before the actually shoot… My Chinese girlfriends and I took our lunch break and went over to talk to the people at the Photoshop.   There were about 6 of us… you know.. everyone wanted to see … although I only needed one translator…. (my chinese sometimes .. forgets words…)  When we got there… of course, they tried to do the sell everything in the store to the foreigner but … that wasn’t going to work with me… I am “local people” now.

I ended up picking one 24 x 24 cm wall photo, one 24 x 18 cm wall photo and one cool looking photo book that has 16 pages and 18 photos that tell a story… kind of...(it is hard to explain) but it is something we don’t do in the states that we really should do because it is awesome.   Better than having a photo album, it is a photo book that lasts much longer.   The price came to 1498 rmb (around $150)…I, being the queen of bargaining… told them that 1400rmb was enough…. they looked at me confused…. they repeated the price.. and I told them…. No… 1400rmb is enough…. and said ..ok?… they did not know what hit them and just said….Ok.… yep… sold.

Then I discussed with them the fact that I will bring my own make up…they tried to tell me no that they had some.. but I explained to them that my skin color was different and that my make up color was different too…..(they had an ahhhh moment at that time…Im always educating around here) … then we discussed the clothing… I am a good size 14 to 16… and their clothes are a good size… 00 to 8 (size 8 is their XXL) ... so they told me they could work it out… I said… I hope so.

4 different outfits for myself and my hubby that they would provide… make up done and hair...(oh yeah.. that was another issue) …. I had to explain to them.. that this wasn’t my hair…. and my real hair is in dreds so that would confuse the hell out of them. Look on their faces when I tried to explain it was priceless…. But they were excited and ready to roll for two days later.    Their first foreigner they told me…. a monumental day for them and me.  Now to tell my hubby the schedule is set and to get him there.

My husband is not keen on taking photos..to everyone’s surprise he actually doesn’t like it at all… but he will ham it up when you push him….. this is one of the reasons why it has taken so long to get these done.  So I used trickery to get him to do it.    I paid all the money up front….heheheh…. you see in my husband’s mind he can’t waste money… so if I pay for something.. especially something that is that expensive he will not let that money go to waste.    (I know my husband so well) … So I broke the news to him in bed that night.   He was actually okay with it… and told me I was a good wife because I brought the price down so low.  (normally wedding photos are 5000 to 10,000 rmb)  He knows this is important to me.. so he said he promised to be there and won’t miss it no matter what.  (Please remember these words)

My husband works an extensive amount of time.. too much… sometimes to the point that I get upset because I hardly get to see him since he started this job.  I honestly think they are taking advantage of him.   So, of course the next day he had to work in Shanghai overnight… but overnight became over two nights…. so it was the day of the photo shoot and my hubby was still working somewhere.

The shoot was scheduled to start at 11:30am, we were to meet at the photo shop at that time.  I had went out the night before with my girls…(that is another blog I need to share) … and got home late but still woke up at 8 am… excited to go take photos.   I quickly called my hubby… but he didn’t answer.  I got up took a shower and avoided putting on make up since they would do it but got everything together to take to the shop.   9:30 am called husband.. No answer.   I went online read some emails and had a cup of green tea.   10:45 am.. called hubby …again no answer.    NOW..I was beginning to panic……. I called a few of my friends and asked them to try calling my husband… they also got no answer.   11:00am… called hubby … NO ANSWER…. my heart is beating fast, my mind is dreaming up all kinds of scenarios…. tears are starting to come down my eyes….11:15am  ….Hubby calls… “I’m downstairs … are you ready?… we need to go or we will be late” ….. I had feelings of … relief, anger, happiness… everything… I was speechless.

I run downstairs… with my bag of goodies and my purse and jumped into the car my hubby had borrowed.   By that time I had found my voice.    I quickly began to tell him my frustration with him not answering my calls and cutting it so close… and he just calmly told me…. “I promised you I would be here didn’t I ?…..ugghhhh why do you never trust me?” …. I am again speechless.

We arrive at the photo shop… and the workers are all a flutter and tell us that we need to get in a mini van and they will take us to the photo studio.    This studio ended up to be about 10 miles away in a beautiful, ancient Chinese building.   When we got there they quickly took me to the dress room… and pulled my husband into another room.  They told me to pick out a dress.   Obviously, these dresses were not going to be able to fit me in any way.. but they just kept telling me don’t worry pick one.    I was looking at the dresses and they picked one that was white with black orchids on it with black ribbons.. it was actually a nice strapless dress but it was that layered puffy fabric.  It had a big puffy part in three sections all down the dress…. which is not very flattering for a big girl.  But they insisted that I try it on.   I then put the tiny dress over my head and I could get it on but there was no way that baby was zipping up.    They then did some magical stuff.. they used a lot of fabric and lace and hid the back of the dress by pinning that all up so it looked like a bustle, like in the 1920’s.  It was kind of cool what they did.. but the dress did not fit me at all…. I looked like I had just eaten 3 giant basketballs and they were stuck all down my body… I hated it… so I told them… so… back to the dress room.   We looked thru several more dresses and found one that was light silver with a black lacy design on the midriff.  it was also strapless but this one had a shape to it… they did their magic with the fabric and gauzy lace stuff  and sent me to the mirror, the train on the dress was so long.. i felt like a princess… It actually looked like I fit into the dress.  Those Chinese are so good at hiding stuff….hehehehe.

Then it was off to hair and make up…. I had about 8 girls around me… staring at me...(never seen a foreigner you know I was making history again) .. my hubby was in a chair beside me getting his make up done.   They were all taking and discussing how they were going to do the make up… so I had to throw in my suggestions and give them my make up.  I have to give the main make up girl credit… she was good… after I told her about dark skin, she took the tips and started to perform magic.   I was actually impressed… she did have to put on 3 fake eyelashes on each eye.. and use a lot of make up..(photos you know) but… I was actually shocked myself… at how good I looked after an hour of prepping.   When I turned around and they all helped me stand up to walk to the studio..the dress had a really long train, from all that fabric… so it took a minute for me to get into the room.. but when I did….. the whole room gasped and froze…. but the only face I could see… was my husband Michael….he was dressed in black dress pants and a white shirt that was open at the neck, like he had just taken off the tie… He looked so handsome… and he was staring at me…. when I walked up to get on the background scenery… he pushed everyone away… and took my hand himself and said softly to me… You are soo beautiful….and he kissed me …. the photographer choose that moment to take the shot….

until next time…the story will continue on my next blog… 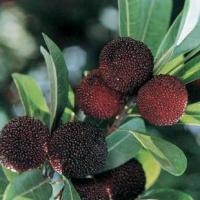 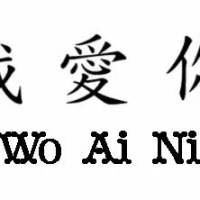