Cow Born With Human-like Head Proclaimed A God
Everything happens for a reason. At least that is the stance of one animal sanctuary owner in India. When he took in a cow six months ago, he had no idea it would change his life. Or, for that matter, the lives of those in the community. However, unexpected results occur when your cow gives birth to a calf with a human-looking head.

Raja Bhaiya Mishra began managing the cow shelter three years ago. Since cows are sacred to Hindus, he frequently receives animals rescued from butchers. That’s exactly what happened in this case. The god calf’s mother became pregnant soon after her arrival. This resulted in the birth of the calf earlier this month.

Raja knew right away that the calf was special. Born with four legs and the tail of a cow, the animal’s facial features were strange. Beneath a sloping forehead there were eyes, ears, and a nose that resembled those of a human. Unfortunately, the calf struggled to breathe, and died an hour later. Despite the animal’s short life, locals came to see the weird creature. Upon seeing the dead cow, they proclaimed it an avatar of Vishnu. Lord Vishnu is the god of protection and one of the three main deities in Hinduism.

Cops Pull Over “Clown Car” Van With 40 People Crammed Inside
Crowded roads and subways are common for commuters in China. That is why the straddling bus generated so much publicity. Unfortunately, that turned out to be a Ponzi scheme. However, some determined and flexible commuters found another unbelievably weird way to go to work. Forty construction workers crammed into a six-seat van.

Late last month, police in southern China spotted a white van driving erratically. It wove in and out of its lane, almost causing multiple accidents. Before long, police in Chongqing pulled the vehicle over. Officers approached the driver and could not believe what they saw. There was a gigantic blob of humans in the van. There were so many people inside that they kept bumping into the driver. This contact caused the van to swerve down the road.
The situation became even more bizarre when the law enforcement officers ordered everyone inside the van to line up on the sidewalk. Realizing the uniqueness of the situation, officers recorded the rest of the traffic stop. In a scene worthy of a circus clown car, 40 people piled out of the small passenger vehicle. In total, there were 39 men and 1 woman inside the white van. Additionally, all 40 people wore identical yellow helmets and orange vests.
The passengers were all construction workers. Their destination was a building site on the other side of the city, near Chaotianmen Bridge. With the van empty, police saw there were no seats in the back of the vehicle. This allowed the people to get inside, but also limited the driver’s ability to operate the vehicle. Police impounded the van and issued the driver a ticket. The violation was for overloading a vehicle. The driver admitted that this was common practice for workers at the construction site. However, authorities said that this was the first time anyone had been pulled over for extreme carpooling.

North Korea Threatens to Karate Chop Off Head Of South Korea’s Ex-President
Kim Jong-un isn’t messing around. The tiny tyrant continues missile testing, including firing an ICBM, and talking about using nuclear weapons. Russia, China, and the United States all remain frustrated with the hermit kingdom. Donald Trump even vowed that America’s patience with North Korea is at an end. So, with the world seemingly turning against him, Kim is now turning his attention to his oldest enemy. In particular, he wants the head of disgraced former President Park Geun-hye and he’s sending his soldiers to karate chop it off.

For the last two years, North Korea’s leader has carried a grudge. Recently, he aired his vendetta through news stories and videos released by Korean Central Television, the hermit kingdom’s propaganda station. Kim Jong-un claims there is evidence that then-President Geun-hye plotted an assassination attempt against the leader of North Korea two years ago. Additionally, the story argues that the president wanted Kim’s death to look like a car or train accident. In Kim’s mind, to die in such a way would lessen the prestige of his illustrious family. Seriously, this is the same family whose members don’t poop and learn to drive at age three. Yet, according to the consensus view around the world, Kim had no problem killing his half-brother, Kim Jong-Nam, in a weird assassination involving prostitutes and wash clothes

As with many of Kim Jong-un’s claims, South Korea denied any fault and highlighted the dictator’s flaws. While perhaps expected, this was not North Korea’s desired response. To show they mean business, KCNA, the state’s news agency, began broadcasting a new video. Titled “North Korean army ready to cut the head off Park Geun-hye,” the clip shows the outraged citizens in the north. With narration by Kim Chol, a faculty member at the Law Institute, the video explains their purported outrage: “There is no place for devilish homicides to be safe under the sky, as they dare challenge the supreme leadership, the life and soul of our people.”

One thought on “Weird News In Asia” 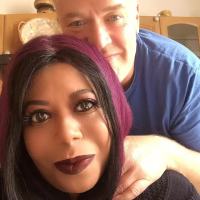 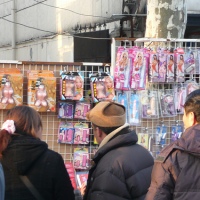