30% of Chinese adults live with their parents.

China is the source of 70% of the worlds pirated goods. 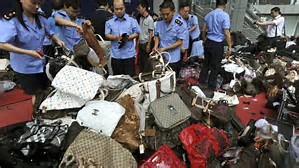 In Chinese, the KFC slogan “finger lickin’ good” comes out as “eat your fingers off”

If the population of China walked past you in single line, the line Would never end because of the rate of reproduction

China has more English speakers than the United States.

People recommend seeking second opinion regarding medical conditions/treatments, but in China, you might need fourth or fifth opinion. Three hospitals misdiagnosed a man with cancer and had his penis sexual organs cut off, only to discover later it was just an infection. 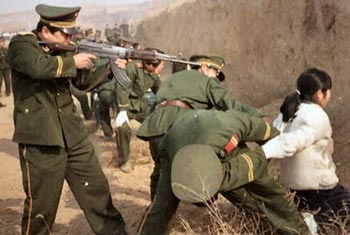 China is trying to stop people from jaywalking, so the police are taking photos of these jaywalkers and displaying them in their [jaywalkers] offices to humiliate them.

Ice Cream was created in China in 2000 BC

The Chinese calendar dates back to 2600 BC

Chinese grew rice as far back as 5000 BC

Long ago, silk making was a guarded secret and those who told were killed.

Chinese forth graders are required to know and write 2000 out of 40,000 Chinese characters.   By the time they get out of College they should know 4,000 to 5,000 Characters.  Each character is learned by looking at it and memorizing it.

Fortune cookies are not a traditional Chinese custom. They were invented in 1920 by a worker in the Key Heong Noodle Factory in San Francisco.

Toilet paper was invented in China in the late 1300s. It was for emperors only. (this is crazy since they never have any in the bathrooms)

The Chinese invented paper, the compass, gunpowder, and printing.

Cricket fighting is a popular amusement in China. Many Chinese children keep crickets as pets.

You just cannot make this stuff up…….